"The unique business culture with which the place [Silicon Valley] was to become associated » openness over hierarchy, risk over stability, innovation over the tried and true .. had still to be tested." ■

This quote was taken from the PBS / American Experience special titled » Silicon Valley (at t=3:50) which you can view online » here.

If you are out of the country, you may need to configure a US-based proxy.

Written, directed, produced and edited by Randall MacLowry. [ Dude, leave some jobs for other people, will ya? We're trying to stimulate the economy. ]

This sentence represents quote #8 in my list of » Totally Rad Quotes, and follows a self-portrait by Rembrandt .. which sets high the quotes-bar.

The group of guys you see pictured below were working for a boss who turned into an flaming asshole after he was awarded a Nobel prize. The guys basically said » "Fuck it. We're outta here. We got better shit to do than play these power-tripping games with your ego-engorged ass. We're gonna change the world - forever. Later, dawg."

Since I spent 6 years in the nuclear Navy (.. a very 'military-ish' organization), and more than a decade in commercial nuclear power (all military-like organizations) .. I know a little something about hierarchy.

Hierarchy itself is not a bad thing. But it becomes bad when those in authority demonstrate incompetence and those above them support that incompetence, thus perpetuating it.

The current business model of our country is showing obvious signs that something is very wrong. The rich keep get richer, but few others. Precious few.

I will add more to this page, detailing why I selected this quote. But for now I just want to post the page .. rough as in may be.

This is also a great place to mention an interview (3 minutes) with Alexis Ohanian (at TED), co-founder of Reddit, who was out pimping his new book » Without Their Permission ..

.. because he rejects the label 'Silicon Alley' to describe the coding scene that has sprung up there in New York City .. as being in the shadow of Silicon Valley.

His approach seems to be to » boldly go beyond (Silicon Valley).

He also talks about the importance of learning to write code here in the 21st century, and even drops the name of the site » codecademy (all free). It is the new 'language' .. the lingua franca of the 21st century.

I noticed that he is wearing a wrist watch. The new generation does not wear watches because every cell phone contains the time. "What's up with that watch, dude?"

Update - Oh, this is an interesting development (.. 'develop' is a Geek word/term).

This piece by Brooks might also be pertinent and germane.

You should probably check out this 4-minute video that says Silicon Valley is now all about the money.

Update May 2014 - here is an interesting NYTimes article that says schools have begun teaching coding to students as young as seven .. a trend that is growing "at Internet speed."

Good for them. They must be reading my stuff. =)

See if you think that this column sheds more light on the theme behind today's entry.

Note that this interview with Eva Moskowitz, who is the founder of Success Academy Charter Schools in New York City says (at t=0:35 remaining) ..

.. that all kindergarteners are given classes in coding. Wow. Double wow.

I just hope that they are also encouraging some rebellious, outside-the-box thinking. Because our public education box has been sucking lately. 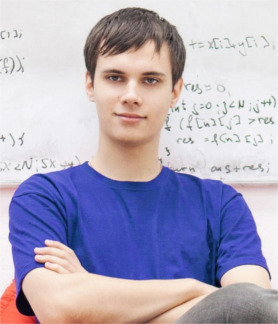 Along these lines of learning to code in kindergarten, dont miss this fascinating story ..

If you are a fine, young thing who values intelligence and the skills necessary to thrive in the twenty-first century, then you would want your children to possess his particular genetics.

When I was referring to problem-solving studs .. this is precisely the type of person that I had in mind.

What skills do you think he will possess 10 years from now? How about 20?

You can't even imagine. Formidable, no doubt. How close to unlimited do you think his future is?

Update June 18, 2015 » Along the lines of the "unique business culture" mentioned in the quote above .. here is a nice piece by James B Stewart.

I took note of this quote in particular »

Petra Moser, assistant professor of economics at Stanford and its Europe Center, who was born in Germany, agreed that “Europeans are worried.”

“They’re trying to recreate Silicon Valley in places like Munich, so far with little success,” she said. “The institutional and cultural differences are still too great.” 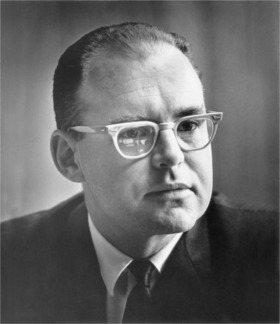 But the whole article is good. I love the way he contrasts the culture of the US vs what you find in Europe.

That kind of stuff fascinates me.

I did not know that. I thought the Europeans were more free-spirited compared to the prudish Americans.

Tho this column says that Germans are » anal-rententive.

Stewart's book Den of Theives is what opened my eyes to the less-than-honorable side to the financial world ..

.. and got me thinking in a new direction.

I remember the feeling of disbelief that came while reading his book .. which only later congealed into a more realistic and less rosy view of the world and especially where money was concerned.

So Stewart is a force .. a force with staying power.

<end update Stewart's contrasting business cultures of US vs Europe>

For more along these lines, here's a Google search preconfigured for the query » silicon valley american experience